I thought I would drop in and tell you a little about one of last weekends shows. January is always a bit strange with gigs and venues for working musicians. So many venues end up cancelling music or even closing all together which has a massive effect on my life as a full-time musician and of course on the venue owners too! I ended up having a few more dates available than usual this January and I was asked to perform an online gig within the virtual world of Secondlife. This time it was a little different though, as it was a Benefit or Charity Gig for Feed A Smile and Live & Learn in Kenya. I hadn’t played any Charity shows in Secondlife so thought I would check out the charity and what they provided and I decided to go for it. 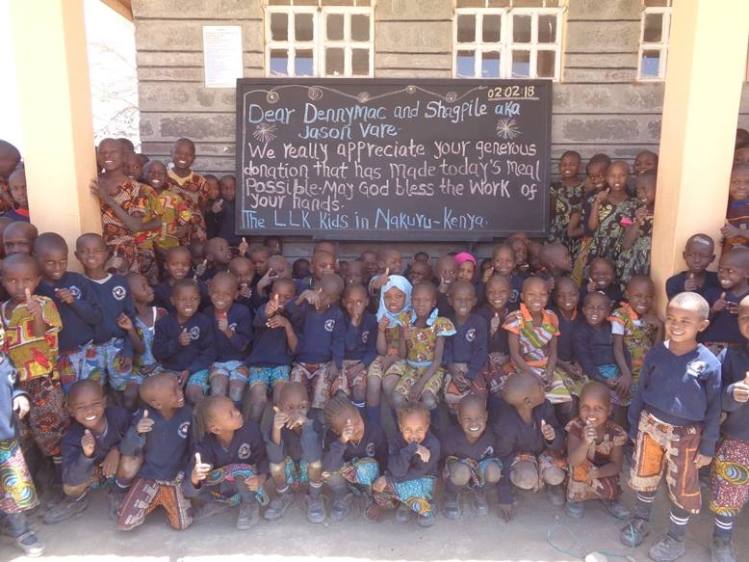 check out these smiles 🙂

Here is how the gig works, people donate in a currency in which every 100 lindens (Secondlife Currency) exchanges to purchasing 1 hot meal. It is a really great way to view the show, rather than seeing the money exchanged and thinking about totals raised and it makes it so much more fun and engaging. During the live show, there is a board behind you which tells everyone how many meals you have managed to raise throughout the 1-hour show within the virtual world. 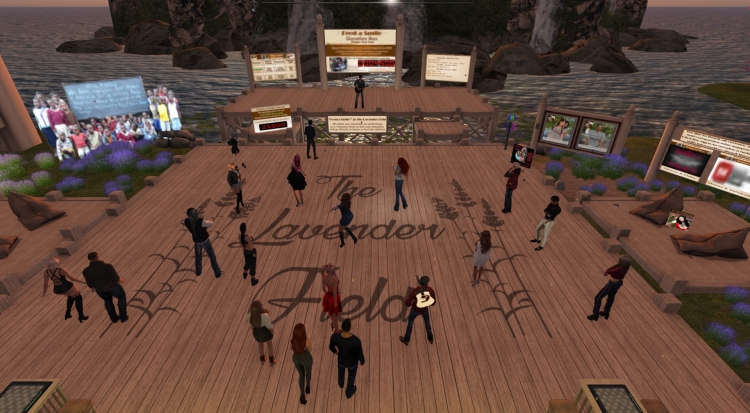 The full fundraising mission for Feed A Smile was 2 hours long for Sundays edition and there was a great musician performing in the hour before my own show called DennyMac who was a fantastic guitar player and played some great songs including some lovely instrumental original music he had written. After both our shows were finished and the donations were counted up we managed to raise an amazing 110 hot meals. How unbelievably amazing is it that with just 1 hour of my time performing a live gig, from the comfort of my own home, this can make such a huge difference and impact these lovely little kids, who are in need in such a huge way.

So yeah! I’m looking forward to working with them again in the future and helping out in any way I can and I’d just like to say a massive thanks to everyone who helped put this all together especially Brique, Lo , Sparkie, Lo Bloch Management, DennyMac and of course the lovely listeners who turned out for the show!

Go out there and be awesome my friends and do something great today along your way! 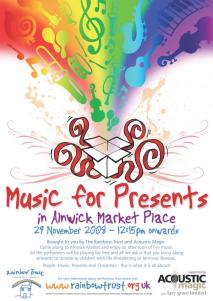 “Music for presents” was an idea thought up by Acoustic Magic and Clear Blue Skies Main man .. Derek.. and involved getting together a group of acoustic artist/musicians which perform across the North East as part of the Acoustic Magic show and dropping them in Alnwick Marketplace at 12:15pm on a Sunday morning.. to play some live music as people brought presents for the charity … Rainbow Trust…

The list of players involved was Clear Blue Skies, Hague, Shagpile (that would be meee!!), Daryl Burns, Garry featherstone and Micky Oliver. 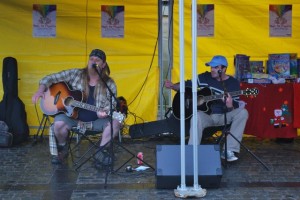 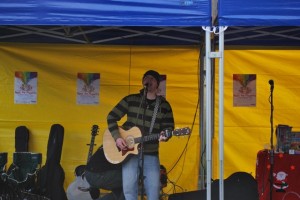 The marquee was put up and the PA provided by hague and he kickstarted the day off with a few tunes.. by his fourth song you could tell this was gona be harder than we thought.. as shaking from the cold, blue fingers and chattering teeth dont usually go well when your trying to sing and play a guitar..hahhaha.. so we decided that 4 songs each on a rotation was going to be enough.. 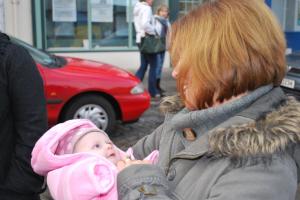 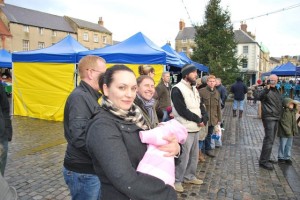 We had a great day as the artists took there turns.. and plenty people brought presents for the little kiddy winkles.. so a big thanks to all who played, listened, brought presents and also to hague for the posters and flyers and PA , santy and her little leaflet giving elves… also thanks to louies bistro for donating coffee for all the players.. 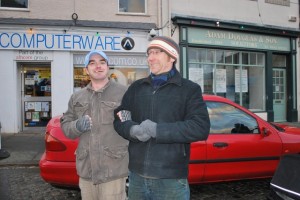 We also had a special appearence by a little gal singing for us.. from the audience.. unfortunately i didnt catch her name and i would ask hague but he got it wrong at least 7 times…but heres a photo of her and hague doing a duet of “Summer Holiday” 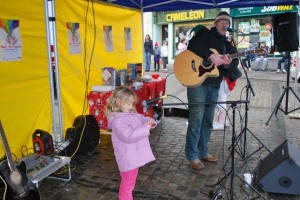 Unfortunately there wasnt much help from the charity with anything and they didnt even list it on there website events.. ??? so no thanks to the Rainbow trust!!

All in all though it was a great day and we managed to collect heaps of toys which were dropped off for the charity.. Good work all who turned up on this frosty day of live music!! 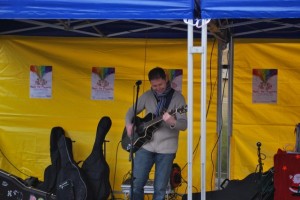 Until the next BLOG!! shaggy is signing out!!